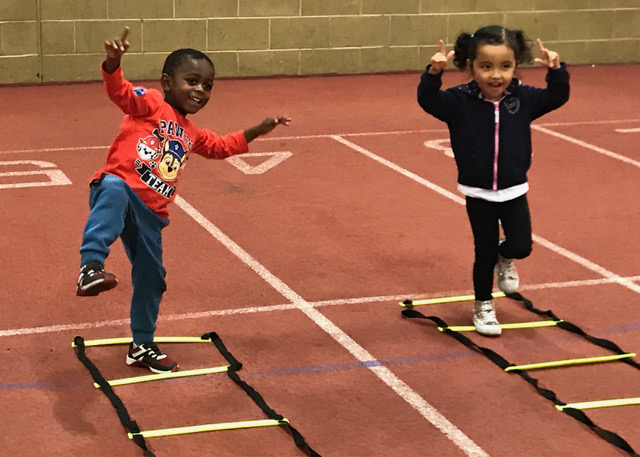 Anyone with a toddler will tell you how energetic they are – now, little ones can put all that vim and vigour to good use at Track Academy by Connie Henry in Willesden.

Youngsters from 18 months to four years are being invited to take part in taster sessions at the Willesden Sports Centre in Donnington Road on Wednesday, January 10. This is ahead of a new season of weekly activities starting on February 21.

Track Academy founder Connie Henry, herself mother to three-year-old Christian, explained: “The idea is to nurture toddlers’ abilities both physically and developmentally, combining the academy’s sporting expertise with our education and mentoring programme.

“The 12 week Run, Jump, Throw sessions will be fun, interactive and educational, helping to channel the tots’ energy into safe physical activity. They will dabble in each athletic discipline from week to week, eventually matching and making connections between their anatomy and their movements. This will all be done in engaging ways that are easy for them to understand.”

Costing £102, the full 12 week programme will start at 10am for two year olds and at 11am for three to four year olds. A nursery/childminder discount of 20 per cent will be applied where there are more than two children attending. The children will receive a certificate at the end of the 12 weeks to mark their achievement.

Track Academy is a registered charity which uses sport for social change among young people from disadvantaged backgrounds. Based at the Willesden Sports Centre in Donnington Road, academy members are given inspiration to succeed both on and off the track.

Alongside athletics coaching, they attend education sessions to help them gain qualifications, encouraging them to carve out fulfilling lives away from negative influences.

To sign up for the toddler programme or to find out more, email toddlers@trackacademy.co.uk or call 07956 715052.