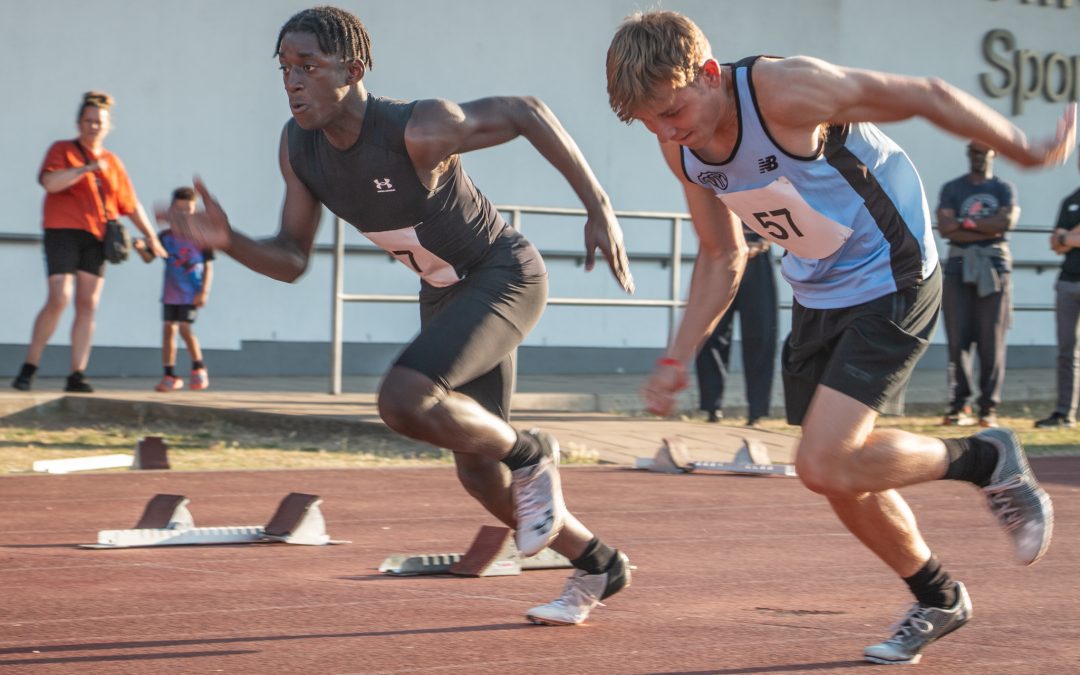 Runners put on a show at our exciting open competition 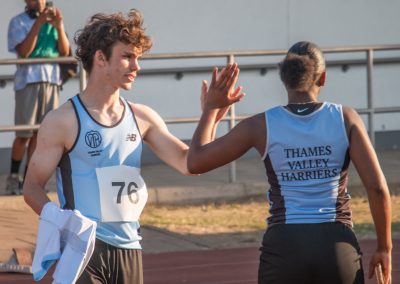 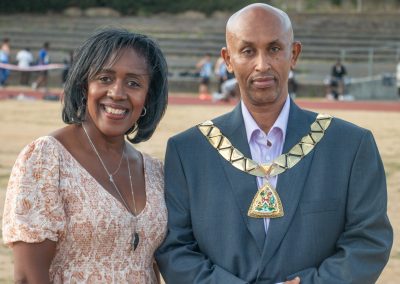 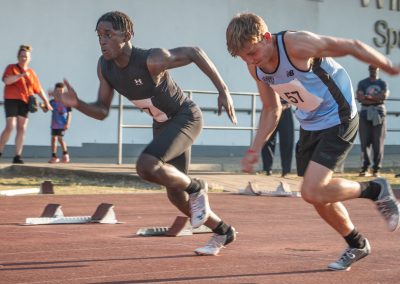 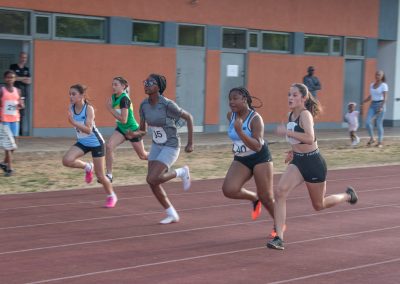 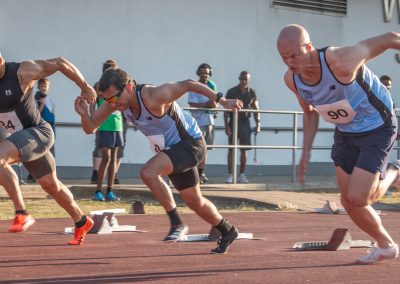 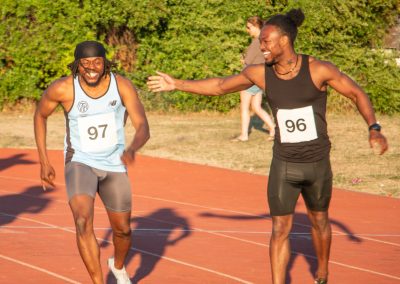 Having fun on the track 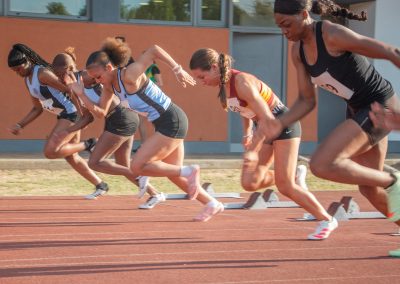 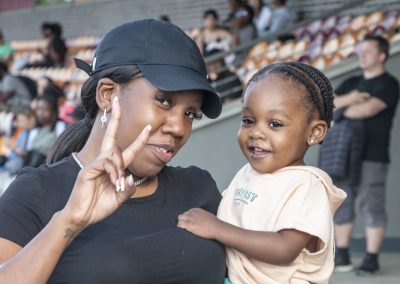 Athletes came out in force for Track Academy’s annual open competition, with amazing races and personal bests across the board.

The 100m races were next up. Tayla Brade, one of the event co-ordinators, said: “As expected, the athletes put on an amazing show for the community that came out to spectate!”

Tayla said: “The majority of runners in this race were from Track Academy. They made their coaches extremely proud with their dedication and hard work whilst competing.”

Heat three was won in just 12.31s by Jennifer Eduwu from South London Harriers. Mia Grey of Thames Valley Harriers was not far behind with a new PB of 12.77s.

In the final, Jennifer Eduwu beat her earlier time to take the crown with a time of 12.23s.

The second heat was won by the South London Harrier Chicane McKenzie-Washington in a time of 11.73s. Second place went to Track Academy’s Vaughn Spencer with a new PB of 12.37s, with his teammate Ezekiel Zion Gaitos coming in third in 12.92s.

Heat four was won by Jehvaun Senior from Thames Valley Harriers in 11.12s followed by Demario Seaton of Track Academy and Richard Carr in 11.53s.

The fifth heat was won by Omario Warren in 11.72s, with Jonathan Wickham coming second in 12.25s. Dexter Abeyasekera came third in a time of 12.31.

In the first of two 400m heats, U11 athletes Theodore Dolan and Iyana Barbe-Nutakor battled it out for first place. Theodore was ultimately victorious in 1m12s, with Iyana coming in at 1m23s.

Tayla said: “One of the newest events to be added this year was the mile race, and what an exciting run it was!”

Adrian Burke crossed the finishing line first in a time of 5:15.28. Junias Lee then followed close behind in 5:17.35, with Luis Da Silva from Thames Valley Harriers coming in third in 5:36.52.

The last event of the evening was the 200m. The first race was the women’s, won by 100m champion Jennifer Eduwu in 24.90s. In second was Thames Valley Harriers’ Megan Omoya-Broad with a PB of 27.65, while third place was taken by Harrier Seryne St Leonce in 29.15s.

Race two was won by Evanna Eze in 27.24s, while Dimonte Powell won heat three with a PB of 28.12s. She was followed by Alice Raybe and Gia Ayodeji, both of whom are newcomers to Track Academy.

The men’s first 200m heat was won by Nickarlo Brown in 23.22s. In second place was Paul Lambrecht in 23.39s, with Demario Seaton coming third with a time of 23.34s. Heat two was won by Airell Adams in 23.35s, a substantial personal best for the Harrow Athletics Club athlete. The last heat was won by Omario Warren in 24.79s.

Thank you from Connie

Track Academy founder and director Connie Henry MBE added: “We’re thrilled with the success of the competition. Our thanks go to all the athletes who took part and showed such impressive sportsmanship. We were also pleased to welcome Brent mayor Cllr Abdi Aden to the sports centre for a tour of our facilities.

“We are grateful to all of our coaches, tutors, mentors and alumni for their help on the ground to make sure everything ran smoothly.”