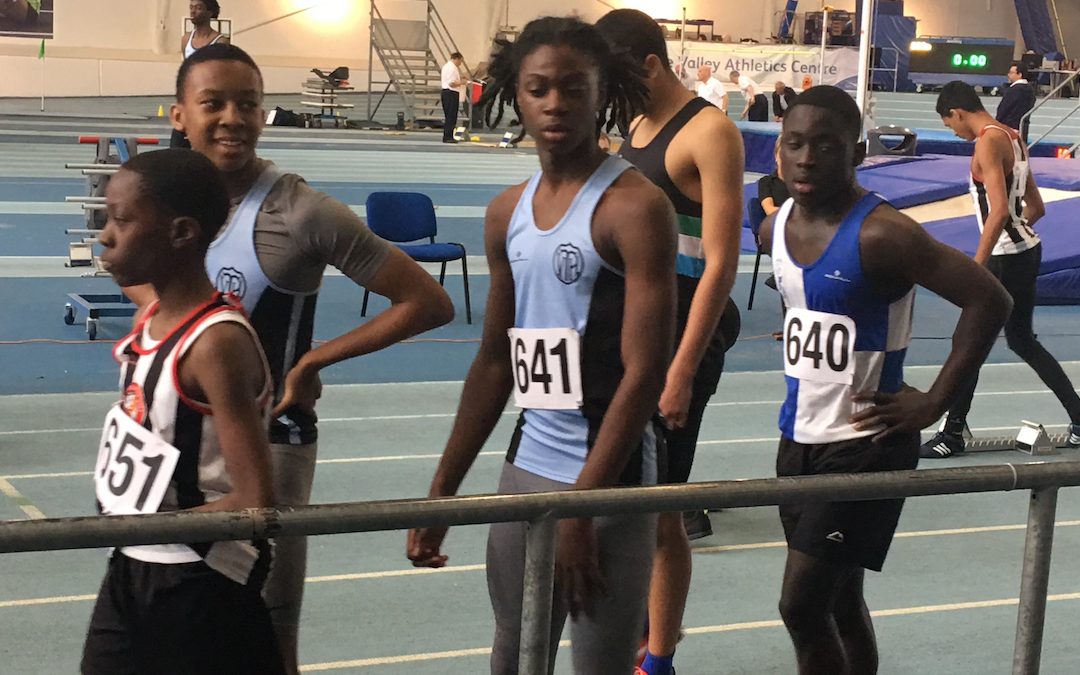 Athletes from Track Academy by Connie Henry in Willesden returned victorious from the Middlesex Indoor Championships, with nine medals under their belts.

Elsewhere, Ruth-Ann won a silver medal in the Under 17 Women’s long jump with a personal best of 5.05m. Teammates Neon Richards, Milan Jervier and Kimberley Oamen also picked up silver medals, with Patrica Grudz-Edmondson bagging herself a bronze. Ten other Track Academy athletes achieved personal bests on the day at the Lea Valley Athletics Centre in Edmonton.

Track Academy founder Connie Henry praised the hard work and achievements of her young student athletes. She said: “Returning from the championships with nine medals is absolutely fantastic, and we’re thrilled for each and every one of them. Eight of our athletes had never competed in an indoor championships before, and we’re sure this experience will whet their appetites to go for gold in future events.”