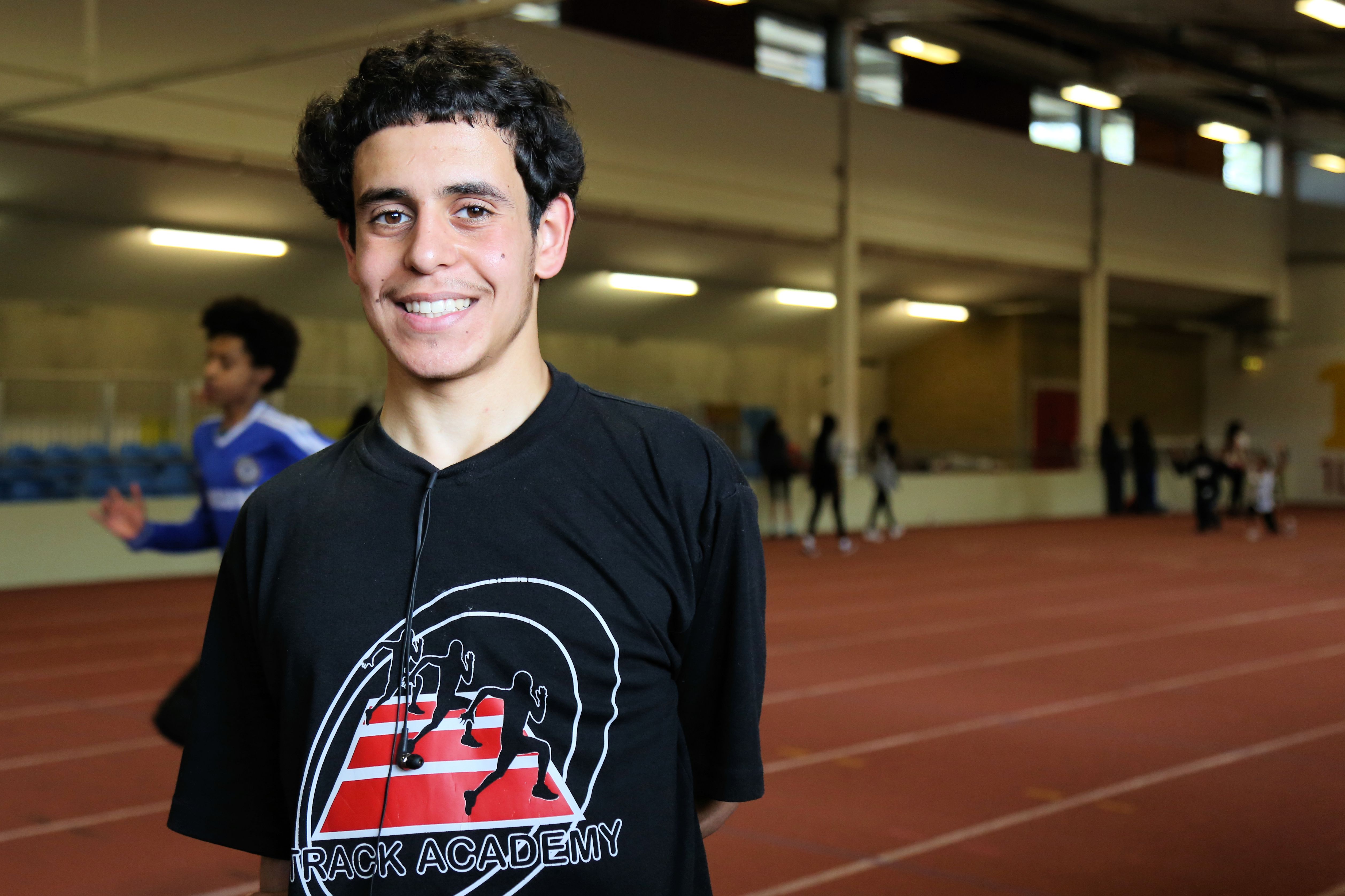 A teenager with multiple sclerosis (MS) will be the only young athlete from London to compete in the inaugural World Para Athletics Junior Championships next month.

Amar Aichoun was given the life-changing news that he had MS at the tender age of 13. But with dedicated support from Track Academy by Connie Henry in Willesden, the determined teenager has been picked to race against the world’s best in Switzerland from August 3 to 6.

After completing a 100m qualifier in 11.7 seconds, 19-year-old Amar will run in the 100m and 200m in the T38 category, taking his place on the British team alongside 13 other hopefuls. The junior games come hot on the heels of the senior World Para Athletics Championships in London, which ended yesterday.

Amar said: “Being chosen to represent Team GB for the World Para Athletics Junior Championships is such a privilege and a real achievement. I am over the moon – who wouldn’t want to compete in a GB vest? I’m overjoyed with the news and will embrace every minute.”

The teenager’s selection for the championships is the culmination of years of hard work since his unexpected diagnosis. Amar, who lives on the St Raphael’s Estate with his family, explained: “Over a couple of days, my eyesight began to get progressively worse and my speech started to slur.

“Every day it got worse and worse, so my mum took me to hospital and they said I’d had a stroke. I went between Northwick Park and Great Ormond Street for lots of tests, like a lumbar puncture and brain scans, and they diagnosed me with multiple sclerosis. There was a point when they thought I might not be able to walk or talk again, but I fought through it.”

Amar was found to have Relapsing Remitting MS, which means that symptoms will strike for a short period and then abate. He said: “It’s almost like having a cold for a few days and then you feel better. For me, my eyes often go blurry – I can still see but everything is pixelated. My left side is also weaker than my right; it’s like when you’ve built a snowman and your hand is really cold.”

He added: “But I’ve never let MS stop me doing anything – there are still things I want to achieve and my ambitions are the same as they were before.”

For Amar, striving for athletics success has always been one of his main goals. “I was one of the fastest kids in my school,” he said. “My teachers at Queens Park could see I had a talent for running and advised me to join a club. I did some research and went to Willesden Sports Centre, where I happened to meet Shereen Rose who is a coach with Track Academy.”

That chance encounter in 2011 helped to shape Amar’s future in no uncertain terms, thanks to the academy’s 360 degree approach to supporting young people. This includes holding mentoring sessions and academic classes alongside athletics training. Amar said: “Track Academy has helped build my character – they steer you away from being in gangs and help you find the talent you didn’t know you had.”

In March this year – just three months after a hernia operation – Amar travelled to Dubai to be classified by the International Paralympic Committee. He was placed in the T38 category, the same as celebrated Paralympian sprinter and cyclist Kadeena Cox, who also has MS and who won two gold medals in Rio last year.

Amar said: “While I was in Dubai, I competed in the IPC Grand Prix against athletes from all over the world. I won silver in the 100m and was just 0.02 seconds slower than the winner. The atmosphere was great, there was so much going on.”

Amar is now a member of Track Academy’s elite competitive training group. But it’s not just his physical skills that have been given a boost by the Donnington Road-based charity. Amar has regularly attended Saturday sessions in English over the years, putting in extra effort after not securing the required C grade at GCSE level.

“I’m dyslexic, so English is hard for me,” said Amar, whose parents Nadia and Kay are originally from Algeria. “But with Track Academy’s help, I did lots and lots of past papers and got a C on the third try.”

The ever-determined Amar has just completed his first year of a degree in Sport, Health and Exercise Science at Brunel University. Meanwhile, he regularly helps out with younger athletes at Track Academy in his spare time.

“I like to help the coaches and give something back, because Track Academy has given me the motivation to be the person I am today,” he said. “It’s still my aim to become an international athlete – I hope I can even be in the Olympics despite my MS.”

Connie Henry, who founded Track Academy, said that she and her colleagues were incredibly proud of Amar. “He really has battled the odds to achieve great things,” she said. “We’re thrilled with the progress he has made so far and know that he has a truly bright future ahead of him.”

Track Academy is a registered charity which uses sport for social change among young people from disadvantaged backgrounds. Based at the Willesden Sports Centre in Donnington Road, academy members are given inspiration to succeed both on and off the track.

Alongside athletics coaching, they attend education sessions to help them gain qualifications, encouraging them to carve out fulfilling lives away from negative influences. The academy is holding a special invitational event on August 15, just after the World Championships and World Para Athletics Championships take place in London.

To find out more about Track Academy by Connie Henry, visit www.trackacademy.co.uk or call 07956 715052. You can also follow Amar on Twitter: @MoreSuccess24

For more information or photographs, contact Claire Owen on 07956 211907 or email pr@trackacademy.co.uk. 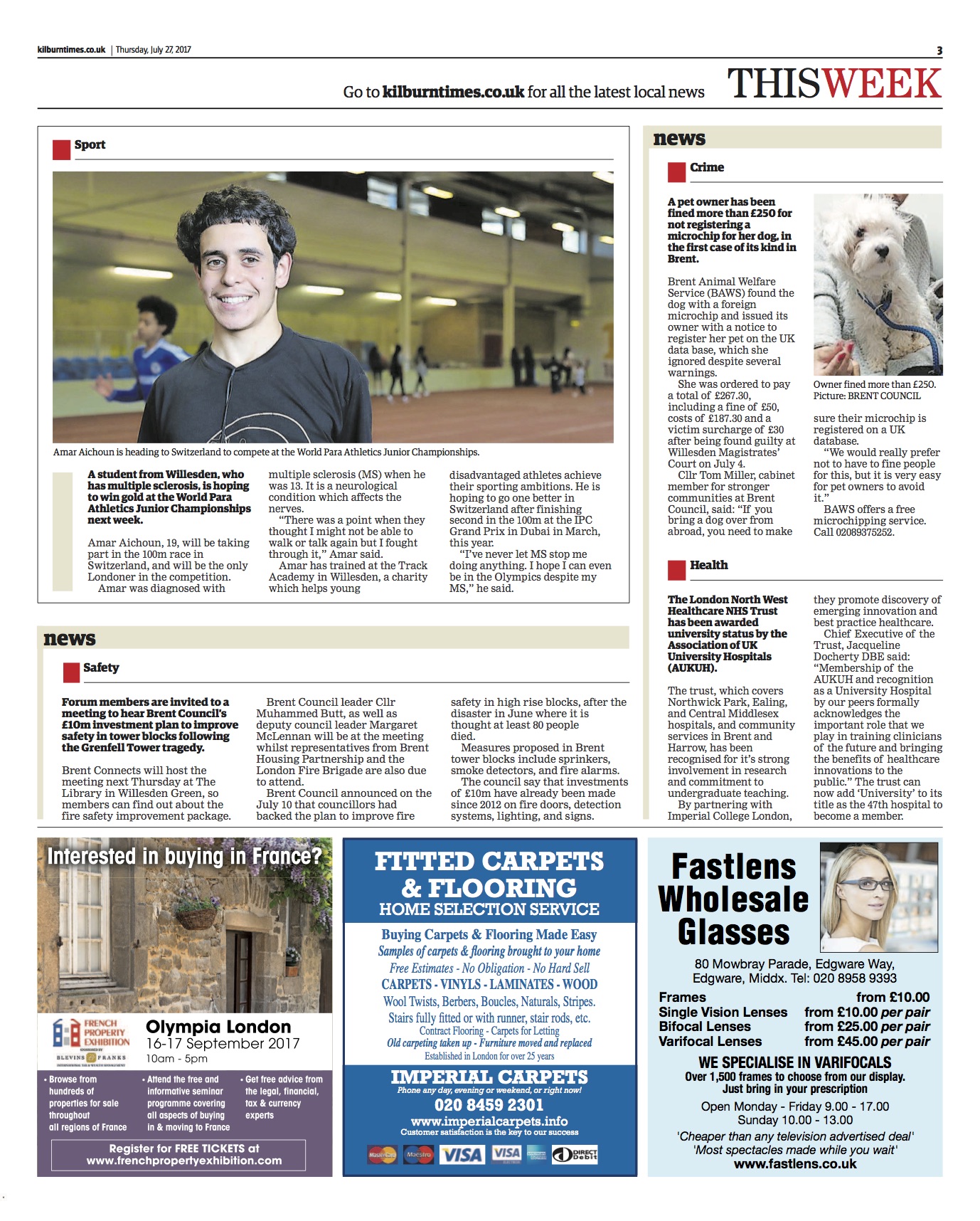